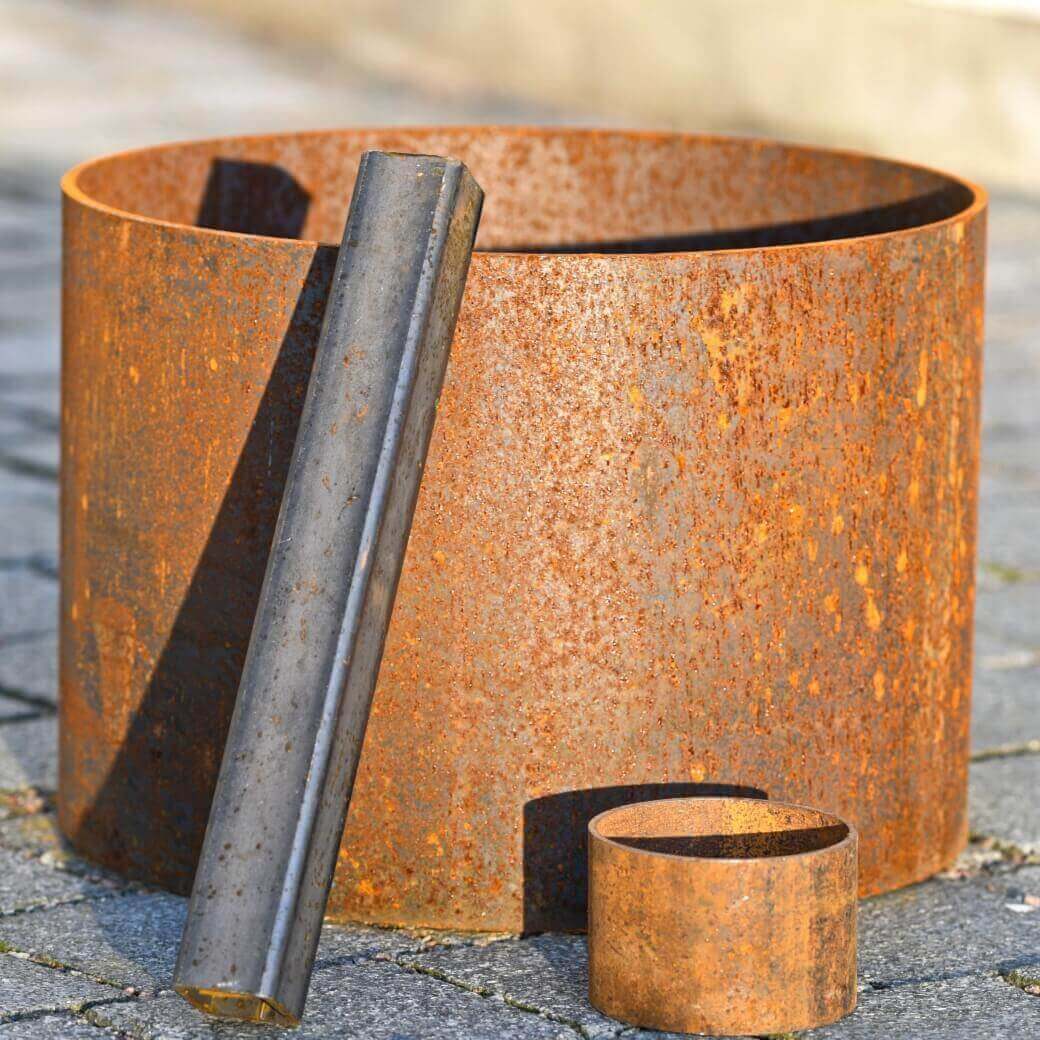 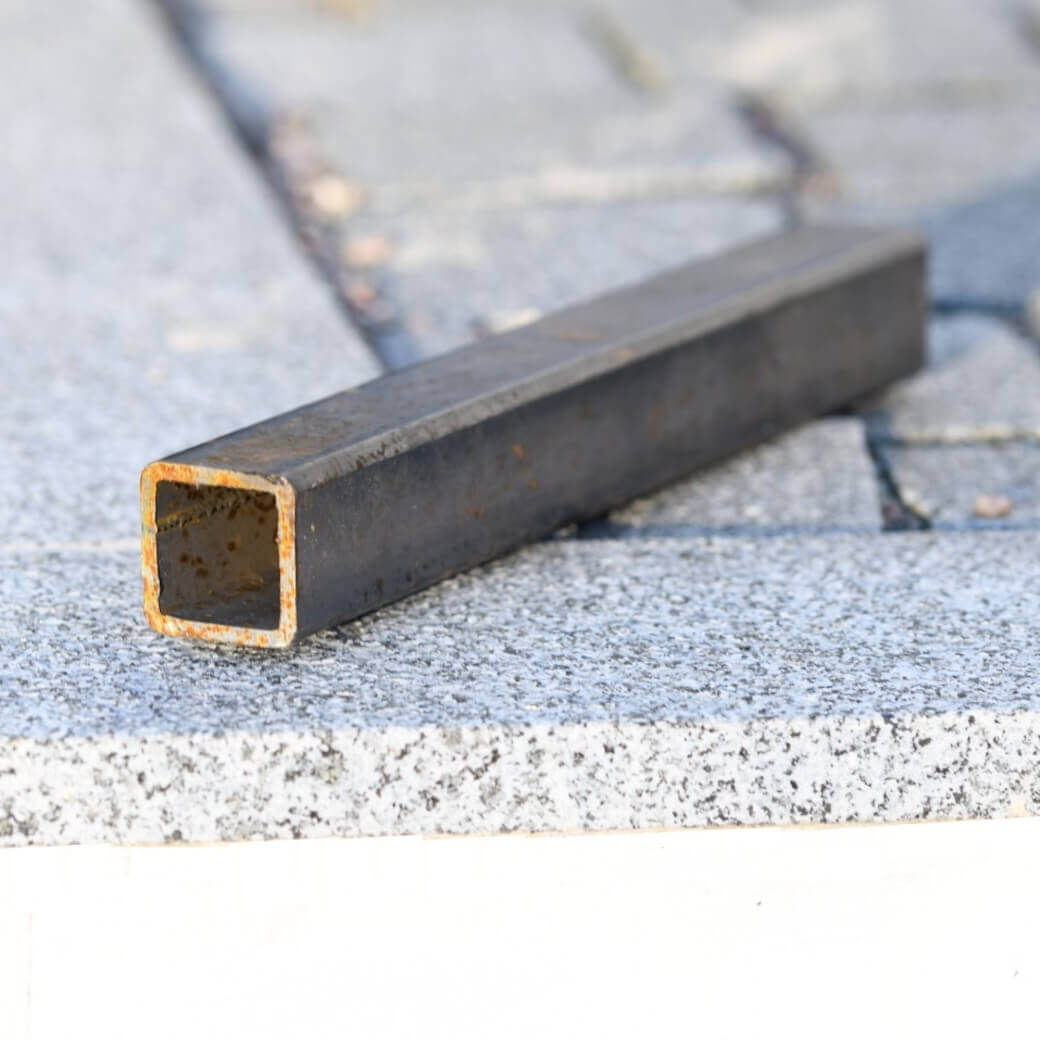 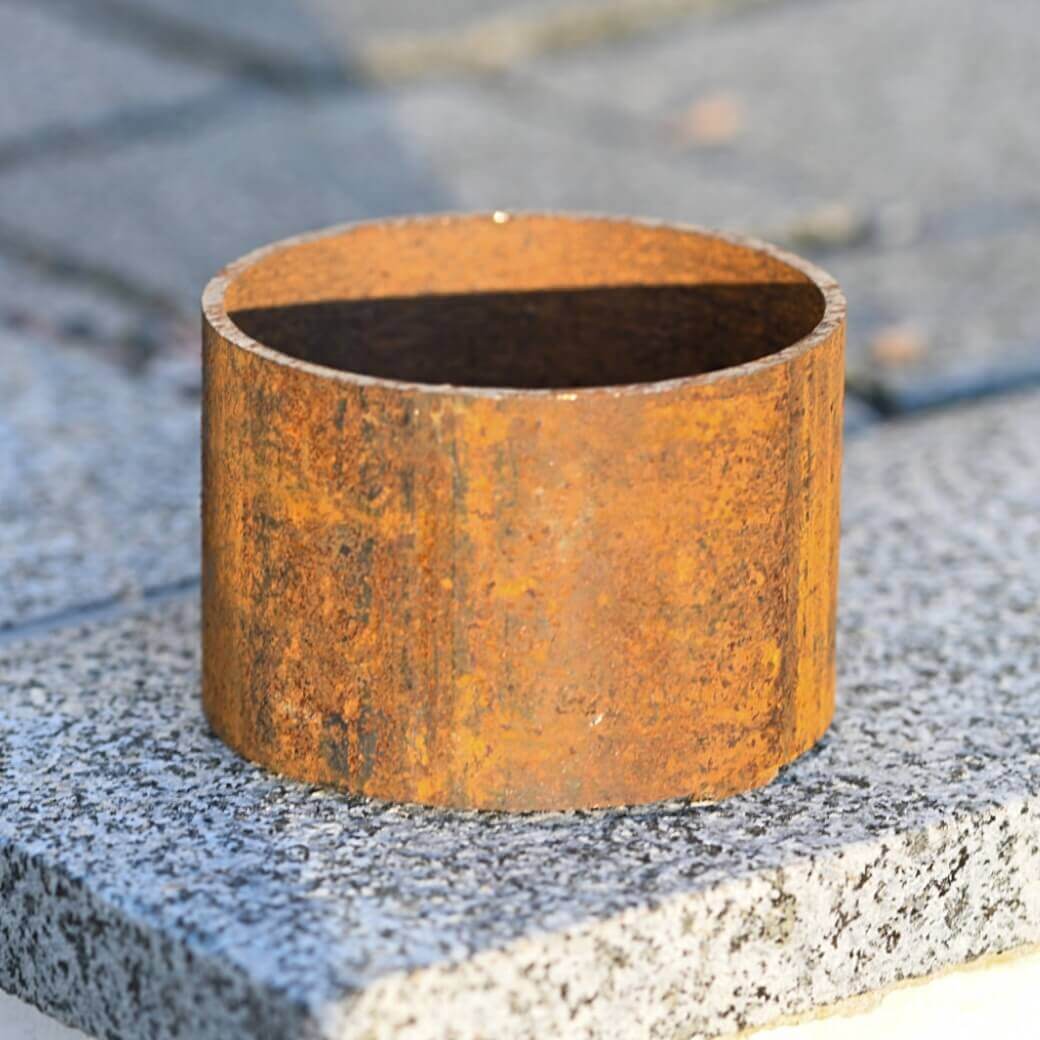 Now you have the opportunity to realize your design dreams with the help of our small Corten pipes (square tubes & round pipes). The pipes are easily cut with an angle grinder to the desired length. Why not use these pipes as legs for your Corten pots, bollards for your garage driveway or use them to create a unique gate? The possibilities are endless with this durable material that only gets nicer as years go by.

Here you will find both square tubes & round profiles in different sizes.

NOTE! We can only offer home delivery for this category.

Pipes in Corten with small dimensions for own DIY projects

Corten pipes for you to realize own design dreams with the help of our small Corten tubes (square tubes and round pipes). You easily cut your profile pipes with an angle grinder to the desired length. Why not use these pipes as legs for your Corten pots, bollards for your garage driveway or use them to create a unique gate? The possibilities are endless with this durable material that only gets more beautiful as years go by. Here you will find both square tubes and round profiles in different sizes for your design projects.

Examples of smart areas of use in the garden

The larger tubes are perfect for tree rings to protect trees and bushes. By threading one over your plantings, you get a flexible and stylish protection for your lawnmower. The tree ring also prevents you from stepping on your plantations. If you are looking for a stable Christmas tree base that is not visible, this could be the option for you. Dig hole and use a pipe to create a stable Christmas tree base that blends beautifully into the surroundings. During summer, you can instead use the pipe to anchor a flagpole, or alternatively thread over one of our small Corten pots as protection.

The square tubes in 3 mm thick Corten are excellent to use for building trellises. If you drill holes straight through these profile tubes / square tubes, you can thread rope through or alternatively use a round rod made of wood or metal. The square pipes are easy to install by using our cast-in pipes to anchor them in the ground.

THIS IS HOW YOU CAST IN PIPES

About Corten as a material choice for Corten pipes

Corten contains copper, chromium, manganese and nickel, which makes this a relatively expensive material. In the open air outdoors, Corten metal rusts just like ordinary carbon steel but what distinguishes Corten in appearance is the content of copper. This material is increasingly visible if exposed to weather and wind. Corten does not rust as fast as other types of steel since the rust layer is self-protective for the Corten pipes. Hence, as the steel oxidizes, the surface of the steel is transformed from ordinary steel paint to eventually achieve a thin protective reddish-brown rust layer. It is precisely this rust that over time causes the corrosion of the steel to stop. This since the rust prevents moisture from penetrating into your round pipes.

Early in the process, the steel acquires an intense reddish-brown color, which becomes darker brown the longer the time passes. The oxidation process of the steel becomes noticeable already after 6 months of outdoor use. However, it takes about 2 years for your Corten pipes to get an evenly rusty surface. If you want, you can speed up the process by brushing on salt water or vinegar. This durable material only gets more beautiful with the years. The rusty surface of the Corten creates a warm atmosphere that is also excellent indoors. If you are worried about rust stains, you can spray matt clear lacquer on the rusty Corten which avoids rust debris on your Corten pipes / profile pipes.